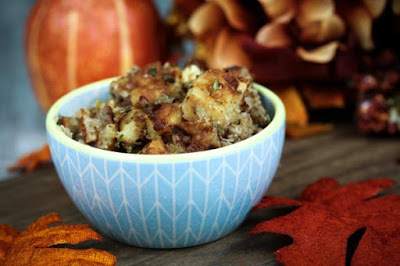 Stuffing. The simple mention of this side dish immediately invokes thoughts of cooked turkey, freshly made pies, and the gathering of family and friends around the table. Yes, we simply can’t mention stuffing without thinking about the Holiday season.

While we all love and appreciate this traditional dish, there has been little variation from it’s basic recipe. Think about it, the stuffing you enjoy today is probably very similar to the stuffing your parents enjoyed, and their parents, and perhaps even their parents. Isn’t it time to change things up? Isn’t it time to spark some life into this tried-and-true side? But how? And with what ingredients?

Today, we have that change, and it can be summarized in one simple word: Waffles. That’s right, we’ve created rich, delicious stuffing using homemade waffles instead of traditional bread! Trust us, one bite and you’ll agree, you’ll never want to go back to that traditional stuffing recipe again. Grab your waffle iron, it’s time to cook up some Waffle Sausage Stuffing! 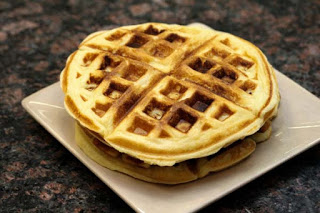 Make your waffles by mixing ingredients together with an electric hand mixer until a thick batter forms, then cooking batter on your waffle iron. The recipe should give you 5-6 waffles. 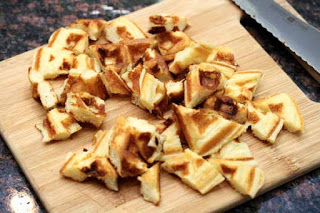 Once waffles are made, chop into cubes. 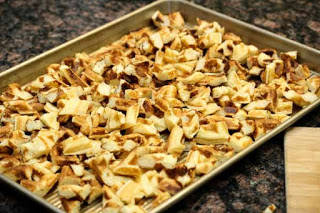 Spread the waffle cubes across your USA Pan Baking Sheet and bake in the oven for 10-12 minutes, or until waffle cubes are crisp and toasty. 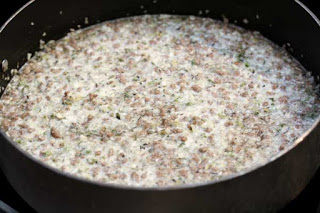 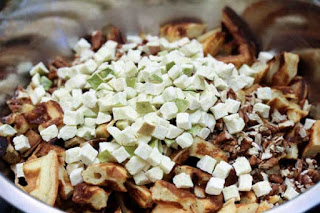 In a large bowl, toss together waffle cubes, pecans, and apples. 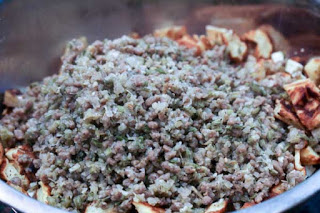 Pour cooked ingredients over top and stir until combined. 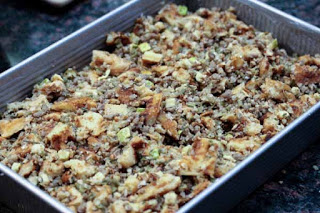 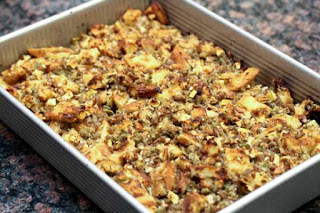 Bake at 400 degrees for 15-20 minutes, or until golden and crispy. Remove, and serve warm. 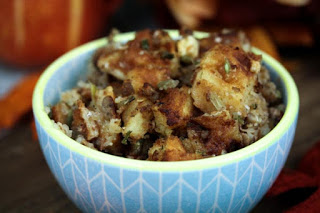 First of all, we have to discuss the amazing taste of this delicious dish. The sweetness that comes from the pecans, apples, and waffles, combined with the rich taste of the seasonings and sausage, give this stuffing a flavor and aroma that you won’t find anywhere else. Just the right amount of sweet and savory to leave your knees weak and your stomach growling for more. I mean, who wouldn’t want waffles in their stuffing?! 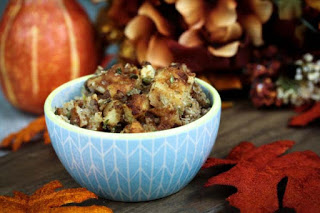 We all love stuffing, but, thanks to this recipe, stuffing will never be the same again! 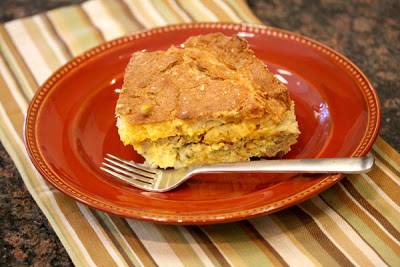 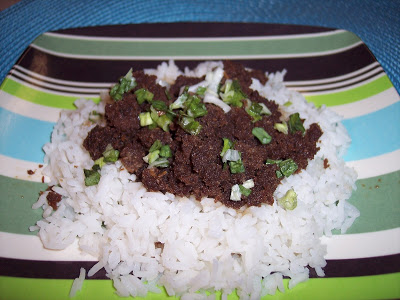 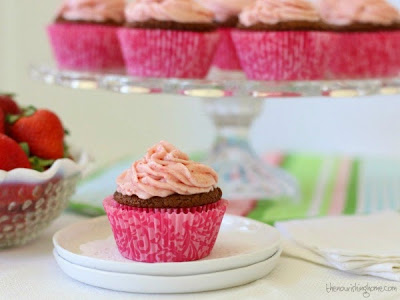 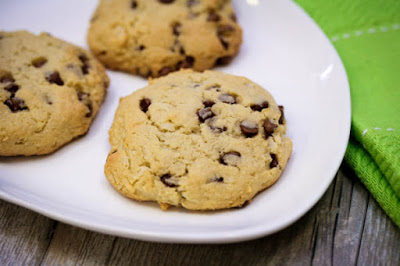