Is there anything more exciting than an old western showdown? The hero cowboy, squared off against the evil villain. Both stare each other down in the town square, the evil villain mutters the phrase “This town ain’t big enough fer the two of us.” That great showdown music plays, with extremely close-ups occurring on both characters, then “BANG”, the sound of a gunshot goes off, and the hero cowboy stands triumphant once more.

Well, while we may not have the ten-gallon hats and spurs, we definitely have a “showdown” of sorts here at Honeyville. Just a few months ago we introduced you to one of our new products, the All American Sun Oven. We showed you how you could cook up just about anything using only the power of the sun! Pretty impressive claim ’round these parts (said with a western voice), but does it hold up? It’s this claim that has led us to a new segment on our blog we’ve so adequately titled “The Sun Oven Showdown.” Each month we’ll put the All American Sun Oven head-to-head against traditional cooking methods in both cooking or baking for popular meals or food items. With summer just around the corner, we decided to take on that All-American summer-time meal, the hot dog. 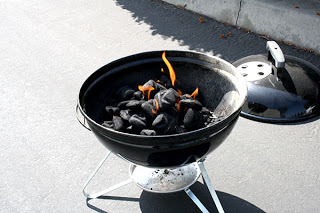 For our first Sun Oven Showdown, we’re pitting the All American Sun Oven against a summer-time legend and favored tool for cooking hot dogs across the country, the charcoal grill. This contender is at the top of its game when it comes to grilling dogs. Nothing goes together better than summer time, grills, and hot dogs. In fact, when most of us think of hot dogs, we immediately think of our favored grill. 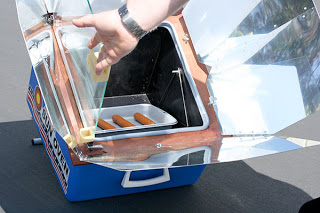 We will look at three main points when comparing the All American Sun Oven and the Charcoal Grill. The first, how long does it take the cooker to get to cooking temperature. Second, how long does it take to cook the actually meal. And third, which product produces a better tasting meal? Our judges will be none other than our own hot dog connoisseurs, the warehouse workers of the Honeyville E-Commerce division, Augustine, Eric, and Marcos. Let the Showdown begin! 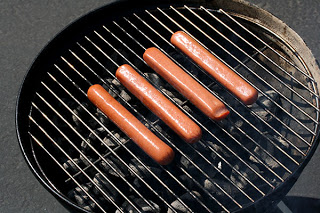 Advantages
Right off the bat, the charcoal grill showed why it’s an American favorite. Just 10 minutes after the coals were lit, the grill was at its ideal cooking temperature and ready to receive dogs. After its 10 minute warm-up, the Grill pulled ahead again, cooking all four hot dogs completely through within 15 minutes. Total cook and completion time is just 25 minutes. As far as taste goes, you can’t go wrong with the smokey flavor that you can only get from a Charcoal grill.
Disadvantages
One of the biggest complaints that comes with grilling is smoke. While the hot dogs retain that smokey taste that we all love, so do our clothes, hair, lungs, and everything else within a 25 foot radius.

Another disadvantage effecting the dogs directly is the expansion and retraction of the dogs during cooking. While on the grill, the dogs puff up, expanding to a nice, juicy texture and, in some cases, lose those juices due to the heat. Upon removal from the grill, the dogs then retract to a smaller size, leaving a crusty skin on the outside of the dog. In addition, leaving the hot dogs on the grill for too long results in burnt dogs. 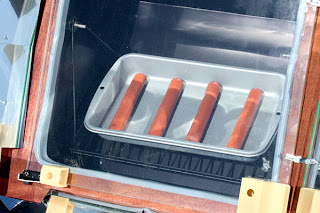 Advantages
While the charcoal grill may have tradition and cook time on it’s side, the All American Sun Oven makes up for in convenience and taste!

One of the biggest advantages the Sun Oven possesses is that it doesn’t require any fuel. No charcoal to light, no propane to fetch. All you need is the sun, and you’re cooking. And because the Sun Oven cooks the food evenly, you don’t have to worry about turning your hot dogs. Heck, you don’t even need to worry about burning them. I put the hot dogs in the Sun Oven the same time I put them on the grill. While the grill was at its peak cooking temperature, the Sun Oven was only at 215 degrees. But, as the dogs cooked, the oven continued to rise in heat, eventually reaching 300 degrees before we took them out.

And when it comes to taste, these dogs can’t be beat. Because it’s an even heat, the hot dogs retained all of the juices and flavor they originally had. Instead of tasting the charcoal, you were tasting all of the flavors of the hot dog.
And clean up is super easy. Just fold the flaps down, and your done, as opposed to waiting for the coals to cool down before dumping them out, as was the case with the grill.
Disadvantages
If you’re pressed on time, the All American Sun Oven may not be the right choice. 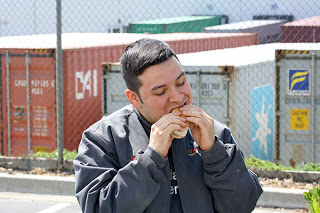 “My choice for taste is definitely the Sun Oven hot dog. It was juicier and you can taste more of the meat. I definitely would use it to cook up a few hot dogs at home.”  – Eric 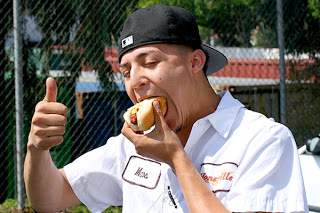 “I prefer the taste of the Sun Oven hot dog a lot more than the grill. I like that the skin isn’t all crunchy and the hot dog is way juicy.” – Marcos 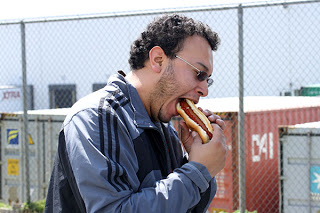 “The hot dog from the Sun Oven was really good, but I prefer the charcoal hot dog. I like the smokey taste and the crunchy skin. I also don’t think I’d be able to use the Sun Oven to cook up a lot of hot dogs at a family get together. But I’d definitely use the Sun Oven if I was camping and couldn’t cook with an open flame.” – Augustine 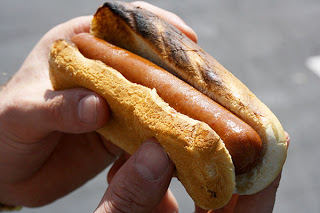 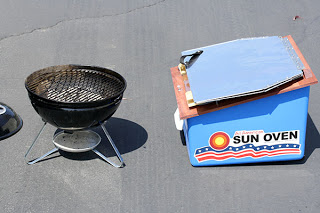 Now that the Showdown is complete, how would you rank the All American Sun Oven? 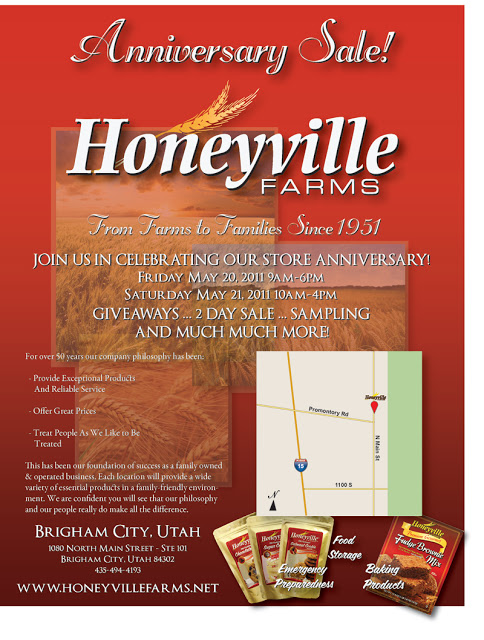 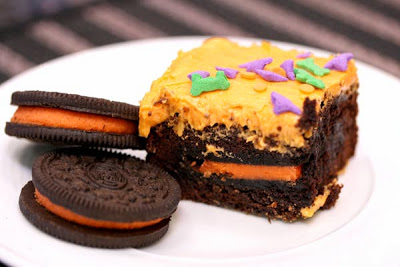 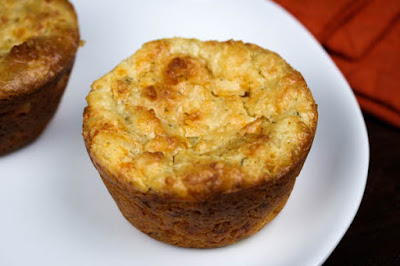 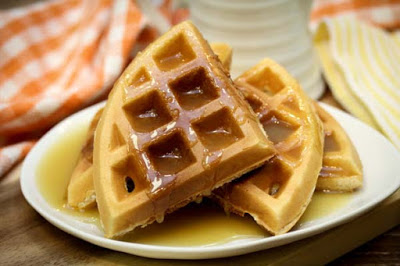