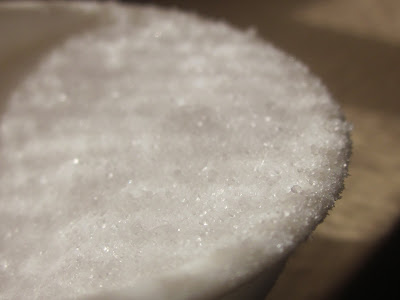 Greetings my glorious Honeyville family! I’m excited to be here today guest blogging with my darling friends  Tenille and Callie with Honeyville Farms! What a treat. Wow. I just said, “What a treat “just like my grandma. Now that’s…cute. I’m going with cute because if I say it’s geekish to say “What a treat”…undoubtedly some darling, sweet, and amazing person who says that particular phrase all the time will think they are using an out of date phrase, when in fact the rest of the natural world should start back in saying “What a treat!” Oh Goodie! Now we have a goal! Let’s bring “What a treat” back! I’ll start. (Officially, I’m now a trendsetter instead of a geek…right?) For the record, I’m here as a guest to share some outstanding ideas for those who are struggling with carbohydrates. Food and science have  come a long way. Hold on a minute. I need to put on my geekish lab coat (and sky-blue hair net). Okay…now I have the proper ceremonial   garb to talk techno-rocket-chef. Take a walk with me, if you dare, into my secret lair. Yes. I did rhyme right there. I’m winking at you. Do you see me? Okay. Now. Are we ready to be serious?

I’ll start off sweet. There’s been a lot of talk in the media and in blood-sugar news (Do you think the blood sugar news delivers on Sunday? With comics?). For the most part the thing that the publications can agree on is the fact that sugars that are broken down in your body from starches that you eat will have an impact on the “blood glucose” level in your body. For diabetics and those wanting to control their blood sugar level, the use of foods that have a minimal effect on how fast your blood sugar levels rise is a really happy idea. I have a sister that I call Auntie Em. I’ve loved her my whole ding-a-dang life and have seen her struggle with type 1 diabetes. It’s a frustrating disease with fatal side effects if not taken care of properly. So, can I start out in all seriousness, by saying that though I’m silly sometimes, I know that this is a very important post. It can effect a lot of people to have some idea of how to eat to help control their blood sugar levels. If you’re not diabetic, when someone says they are diabetic, it is not something to take lightly. When their blood sugar levels get too low or too high, the results could land them in the hospital.  However, controlling your blood sugar is not only a concern for someone struggling with diabetes, but also for anyone wanting to lose weight. Period. It’s a proven fact. If you eat food that keeps your blood sugar levels at a nice even rate, you will burn fat. Now do I have your attention?  What a treat.
Revolutionary Ideas
A few years ago, Auntie Em had me read a book called “The Glucose Revolution”. I had a paradym shift my thinking when it came to carbohydrates. I no longer used the the term “complex carb” like I had in school. The evidence was put clearly enough for me to know that my line of thinking when it came to carbs was one that needed to be re-visited. Since that book there has been a lot of research on how blood sugar is effected by carbohydrates. There is now a lot of evidence supporting a method of tracking the impact carbohydrates have on your blood sugar using a chart called the Glycemic Index. “The Glycemic Index is a numerical Index that ranks carbohydrates based on their rate of glycemic response (i.e. their conversion to glucose within the human body). Glycemic Index uses a scale of 0 to 100, with higher values given to foods that cause the most rapid rise in blood sugar. Pure glucose serves as a reference point, and is given a Glycemic Index (GI) of 100.” For more information on the science behind this index, go here.
Switch it Out
For the most part, I found that I could easily change how I looked at carbohydrates. By choosing ones that were low on the Glycemic index, I could still eat carbohydrates and lose weight. For Auntie Em, this meant that she too could eats some carbs more than others and still control her blood sugar levels. It made a huge impact on my family and my life. So, that’s what I’m sharing today. Generally I try to keep my GI under 55 on the index. I still eat carbs, not in excess, but found some result really amazing for foods I thought were “complex”. In general, grain that is kept whole, cracked or rolled will have a lower GI than those that are milled into flour. The only exception is Almond flour, it’s high in protein and very low GI. Even so, whole grain flour, because of it’s fiber, will be lower on the GI. I’ve also discovered the benefits of using a lot more fiber in my diet!  Wow does fiber effect…a lot of things…um…including your colon health. How’s that for being tactful right there? What a treat.
In all reality there are other factors, but the one that most excited me was seeing what the common foods were that I used, that could easily be changed or replaced with lower Glycemic index foods to help me. You will want to read about the Glycemic Load and how you don’t have to entirely avoid all high “GI” foods. Here’s a chart that I found helpful. Portion size does matter. Darn it…you still can’t eat until you pop…but at least you can feel great knowing you’re taking care of something very important to your health.
Glycemic Indexes and Glycemic Loads for Common Foods
The table below shows values of the Glycemic Index (GI) and Glycemic Load (GL) for a few common foods. GI’s of 55 or below are considered low, and 70 or above are considered high. GL’s of 10 or below are considered low, and 20 or above are considered high.
Learning More
Additional information and values for Glycemic Index and Glycemic Load can be found at http://www.glycemicindex.com/.

The good news, is that we can still have bread. We just need to use a lot of whole grain with fiber and protein. In this battle I employ Vital Wheat Gluten very often as a lean protein boost.  For those who are really concerned about impact carbs…this is a bread that I think you’ll really like that is also lower on the GI…and at 5 net carbs a slice, even the diabetics will call it their new best friend! What a treat. 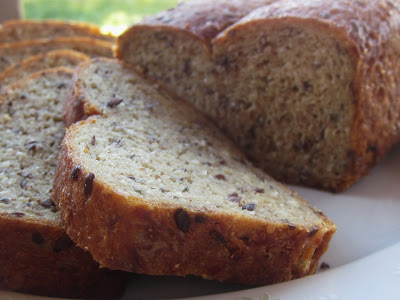 Aimee Krey is also diabetic and remarkable. If you don’t know her, she is one of the Instructors at the Honeyville retail store in Salt Lake City who also has a food blog and is a guest on Studio 5. Aimee inspired me with her low carb bread recipe. Aimee Krey’s Low Carb Bread (for the bread machine). Aimee told me she had struggled getting the bread to work out of the bread machine. I didn’t use one.  Here’s my adaptation of that recipe. Thank you Aimee! Yields one loaf of low carb bread (12 slices at 5 net carbs each). I’m with Aimee, I adore the texture the seeds give the bread.
Chef Tess’ Low Carb Bread
4 tsp yeast
1/2 tsp sugar
3T olive oil
1 1/4 cup warm water (no hotter than 115 degrees)
3/4 tsp baking powder
1 tsp salt
1/4 cup Honeyville Granular Erythritol
1 cup Honeyville Vital Wheat Gluten
1 cup Honeyville Blanched Almond Flour
1/4 cup Honeville Flax seed
1/4 cup Honeyville Corn Bran
2T Honeyville Sesame Seed
1/4 cup Honeyville Teff
In a gallon size bowl, combine the baking powder, salt,  Erythritol, Vital Wheat gluten, almond flour, Flax seed, corn bran, Sesame Seed and teff. 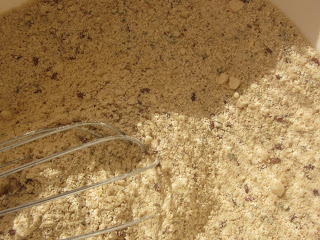 In a medium bowl combine the yeast, sugar, olive oil and water. Set aside until yeast mixture activates and bubbles. Add to the dry ingredients and knead by hand about 3 minutes until a mass of seeds can be seen safely nestled in a mesh of vital wheat gluten. Form into a ball. Cover and allow to raise until doubled in size, about 1 hour. 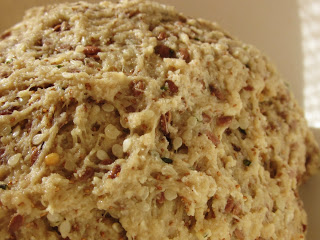 Punch down. Transfer to a counter top that has been lightly misted with water. Form into a loaf (tutorial here). Lightly coat the top of the loaf with a misting of oil. Cover loosely with plastic and allow to raise 45 minutes longer. 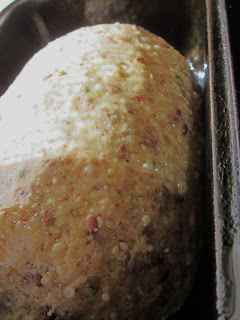 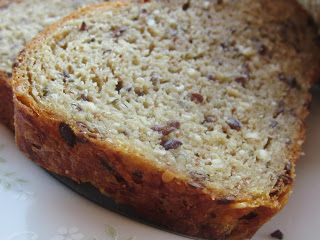 There you go! What a treat!  Happy baking. Happy new world of carbs!
Always My Very Best,
Your Friend Chef Tess 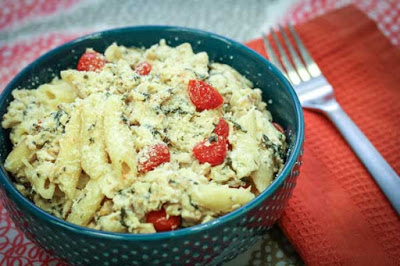 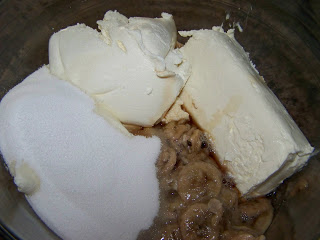 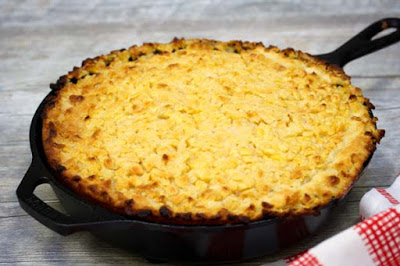 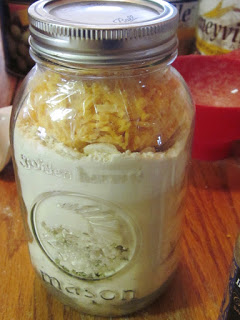