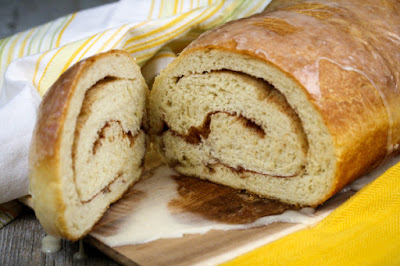 Don’t you just love cinnamon rolls on a crisp Autumn morning? I can still remember the excitement I had as a child each morning that I woke up and smelled that delicious aroma of cinnamon goodies baking. So many childhood Fall activities began with my mom’s amazing cinnamon rolls!

Now that I’m older, my love for cinnamon rolls has grown even stronger! I always find myself searching for a new way or new twist on these traditional breakfast treats! Then, it hit me. Cinnamon Roll Bread! That’s right, a light, fluffy, delicious looking loaf of bread, but, when sliced, reveals that amazing cinnamon swirl that we all know and love. Now, top that whole thing with an amazing, sugary glaze and you’ve got a slice of pure heaven! Grab your apron, it’s time to make some Cinnamon Roll Bread! 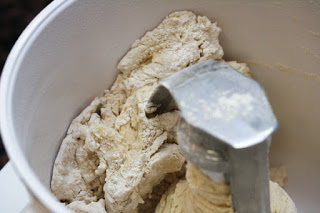 In your Bosch Universal Mixer, combine the following ingredients in this order: Water, butter, salt, sugar, 2 cups of flour, and yeast. Turn mixer on and, while ingredients are mixing, add remaining flour, one cup at a time, until dough begins to pull away from the sides. Knead in machine for 4-6 minutes. 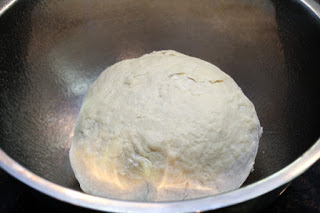 Remove from mixer, shape dough into a ball, then place in a greased bowl, cover, and let rise for 30-40 minutes, or until double in size. 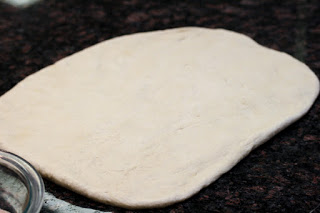 Once risen, punch down and roll out on a hard surface.

Mix your cinnamon and sugar together in a separate bowl. Brush melted butter on top, then sprinkle cinnamon/sugar mixture over the top.

Roll dough up, pinch the ends, and place in your greased USA Pan Hearth Pan. Let rise for another 30 minutes.

While loaf is rising, preheat oven to 400 degrees. 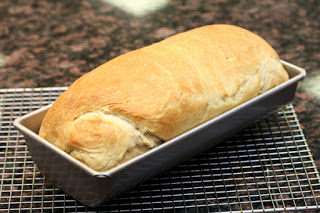 Place risen loaf in 400 degree oven, knock temperature down to 350 degrees, then bake for 35 minutes. Remove and allow to cool on a wire rack. 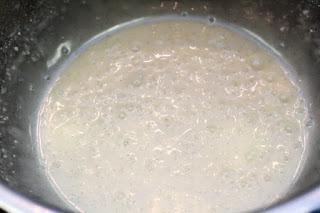 Make glaze by combining butter, powdered sugar, vanilla, and water in a bowl and mixing with an electric hand mixer.

Drizzle over top, then serve.

Light, fluffy, and with the most amazing cinnamon swirl center, this bread is sure to wake you up each morning. So tasty and delicious, you can enjoy each slice for breakfast, a sweet dessert, or a tasty snack. Trust us, you’ll find plenty of reasons and excuses to enjoy this amazing bread! 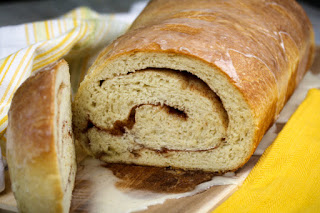 There’s nothing better than warm cinnamon rolls on a cool Fall day. Except maybe a slice of this Cinnamon Roll Bread! 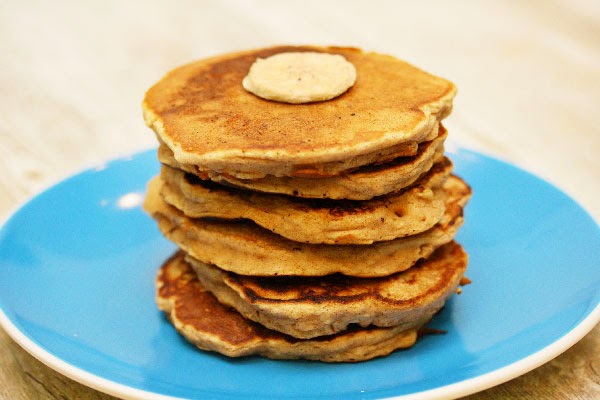 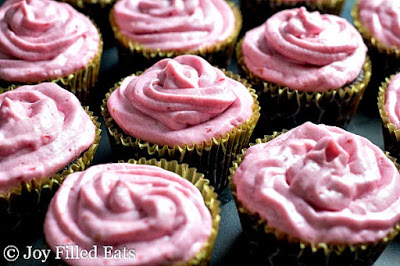 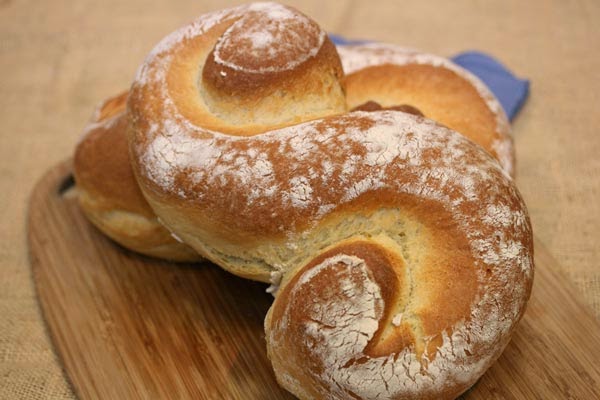