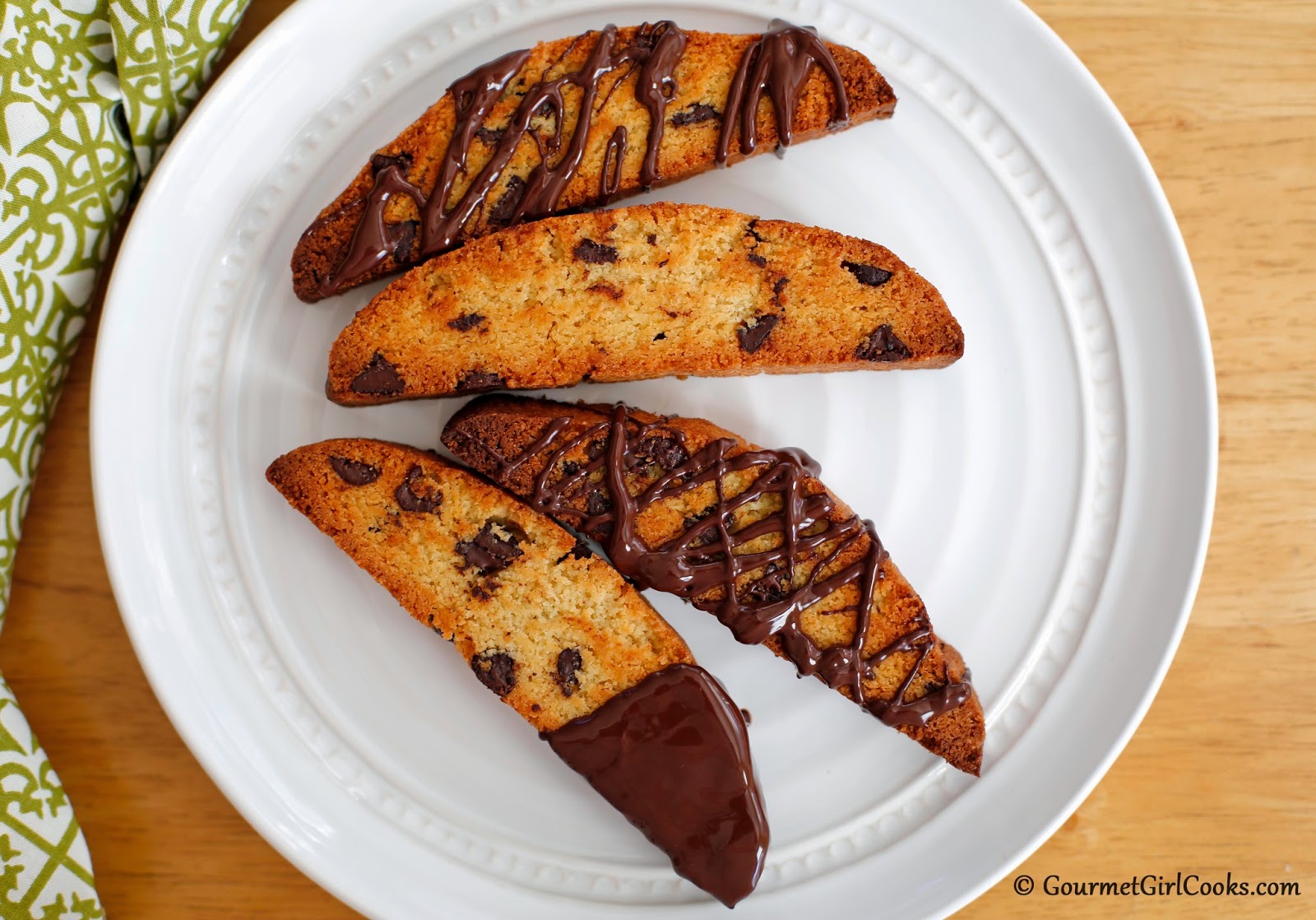 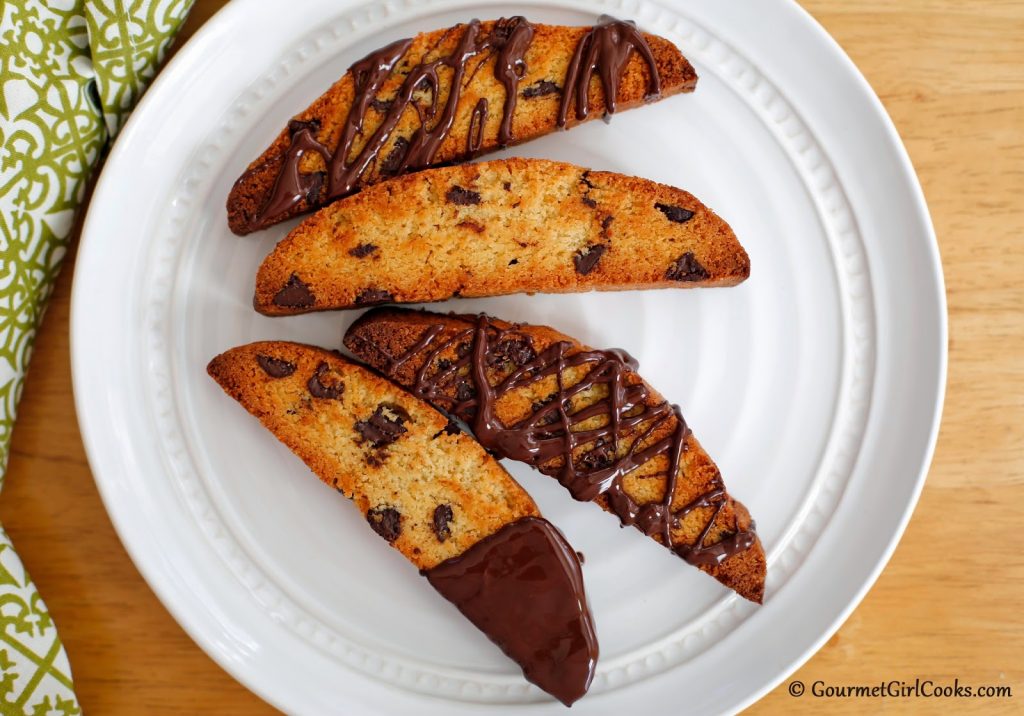 Greetings and Happy 2015! I’m glad to be back today with another guest post for Honeyville and a new low carb, grain and gluten-free recipe to share with you.

This month, I’m breaking in one of the Christmas gifts I received from one of my sons. It’s a biscotti pan made by USA Pan. I’m obsessed with their pans…no doubt about it. No worries if you don’t have a biscotti pan, you can use a simple cookie sheet instead. I’ve been planning to make biscotti for a while now and Honeyville’s blanched almond flour yields itself perfectly to biscotti. Many traditional biscotti recipes made with regular flour actually add almond extract to give them that almond flavor. Using Honeyville’s blanched almond flour actually supplies both the flour and the almond flavor all in one swoop.

I debated what type of biscotti to go with for my maiden voyage. I considered some type of dried fruit and nuts, but decided to keep it basic and simple instead (as well as delicious). I went with chocolate chip, because who doesn’t like chocolate? All I can say is OH…MY…GOODNESS! These turned out outstanding. They were crisp but not “break your teeth” crisp like some commercially prepared biscotti can sometimes be. If the truth be told, after baking the biscotti loaf, as I was slicing them to prepare for the final baking and crisping, I found that I really liked them as is!

I sliced my biscotti into approximate 3/4” slices. I actually tried slicing a couple of them thinner to make more, but it makes them more fragile and they break too easily. No worries…those were simply one of the casualties of baking, also known as the cook’s treat!

I baked mine until golden brown and crispy. If you prefer yours less toasty, lower the second baking temperature by about 25 degrees. I will definitely be making these again. I melted a few ounces of dark chocolate in the microwave and drizzled it on some of them after cooling which makes them pretty and a bit more decadent, too. I enjoyed a couple of them for breakfast with a cup of coffee…it was heavenly. These would make a perfect little dessert or snack, too.

These low carb biscotti are grain and gluten free and extremely low in sugar. The only sugar contained is the minimal amount found in the 1/2 cup of 70% dark chocolate chips used in this recipe (each biscotti contains only 1.8 grams of sugar). If desired, you could also use a no-sugar stevia sweetened chocolate like Lily’s instead.

If you’d like to find additional low carb grain free, no sugar added recipes like this one, please check out my blog, Gourmet Girl Cooks! 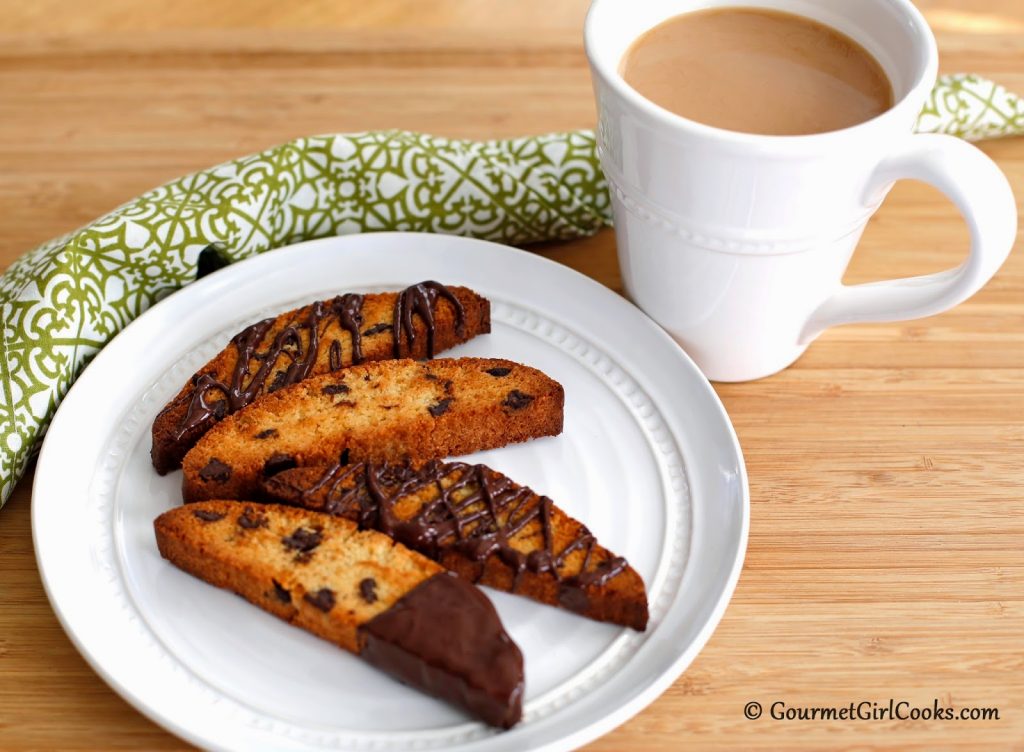 In a medium bowl, cream butter and granular sweetener together. Add vanilla and beat in the eggs.

Scoop dough into the center of prepared biscotti pan. Using wet hands, shape dough into a log shape mounded slightly higher in the center. Leave approximately a 3/4” space around the edges of the pan to allow room to spread during baking. If using a baking sheet, place dough in center of prepared baking sheet and shape into a log approximately 10-1/2” x 3”, mounding slightly higher in the center.

Bake for 30 to 35 minutes until golden brown. Allow to cool in pan for 20 minutes, then carefully remove from pan and transfer to wire rack to cool for about one hour. 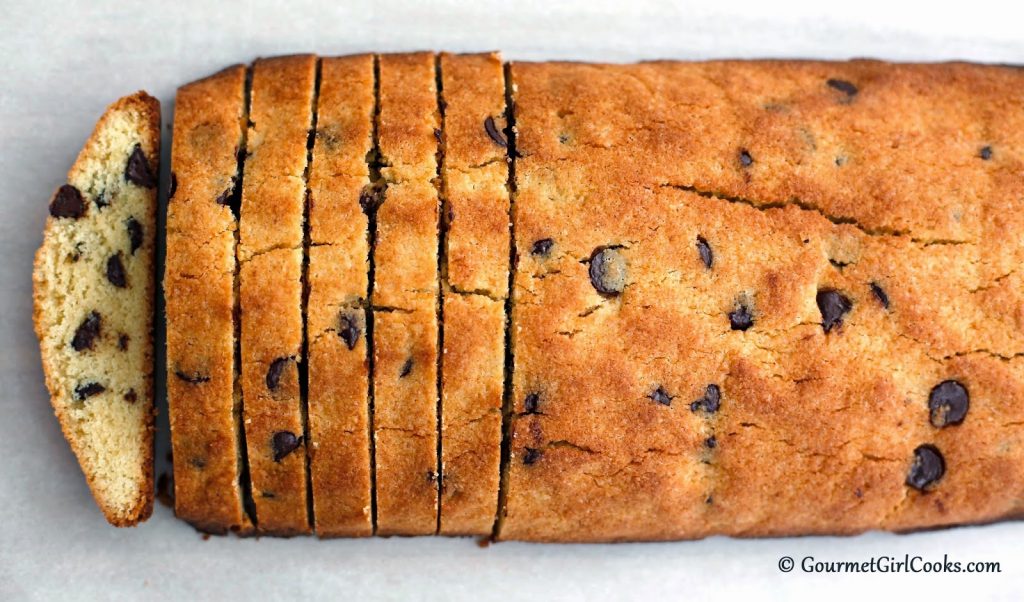 Reduce oven temperature to 300 degrees F. Using a sharp chef’s knife, slice biscotti crosswise into 3/4″ slices (they can also be cut diagonally, if preferred).  Lay slices on sides on parchment lined baking sheet. Bake 20 to 25 minutes, or until dry and golden; cool completely. Biscotti continue to dry and crisp as they cool. Store in airtight container. 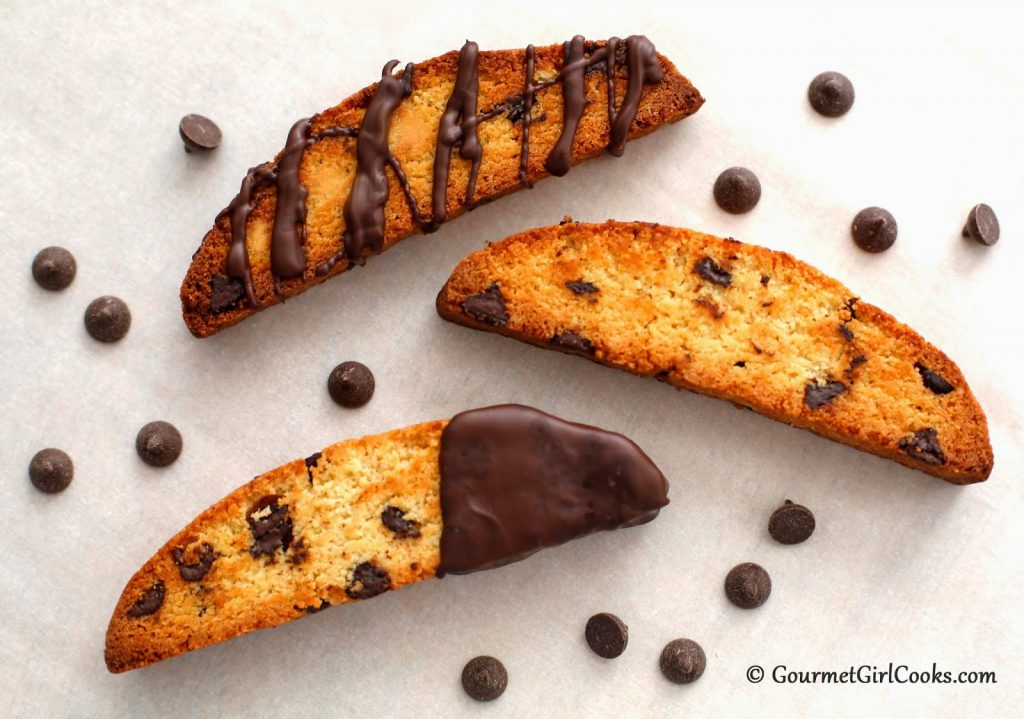 *Notes: If biscotti slices begin to brown too quickly, reduce oven temperature to 275 degrees F. If desired, biscotti can be dipped into or drizzled with melted dark chocolate. 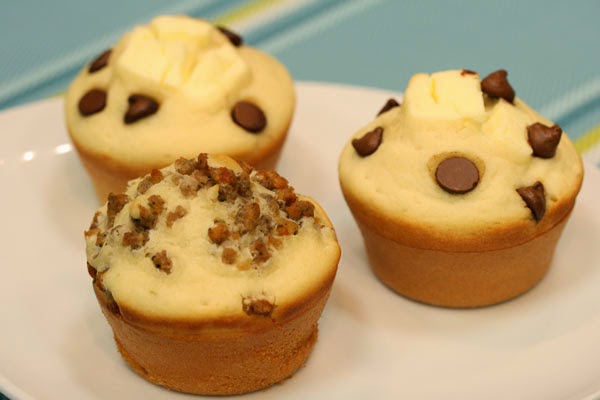 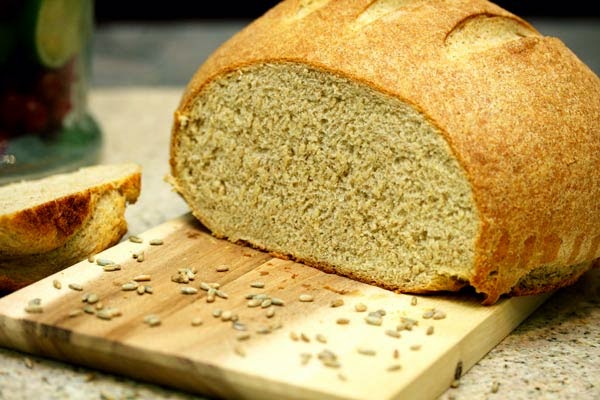 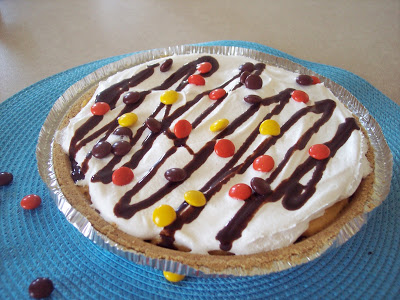 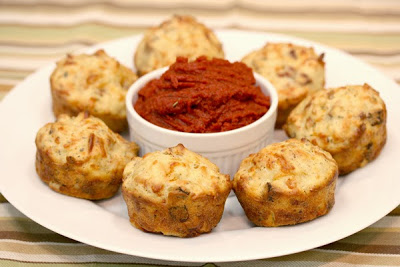