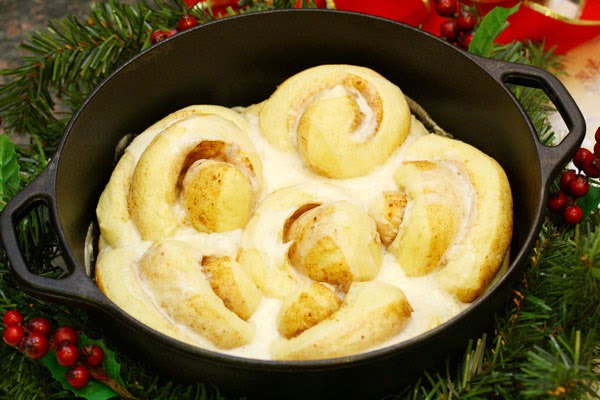 Is there anything better during the Holiday season than warm, home-baked cinnamon rolls? That light, fluffy treats, topped with the sweetest frosting or glaze, are the tried-and-true, go-to breakfast for any winter day.
Now, imagine taking this Holiday classic and putting a little country twist on it. What kind of twist, you ask? How about baking up some sweet, savory cinnamon rolls in a dutch oven? That’s right, we’ve taken our favorite Holiday Cinnamon Rolls recipe and baked them right up in a cast iron cooker! Whether in the oven or over some charcoals on a cool winter’s morning, you have to admit, it’s time you tried our Dutch Oven Cinnamon Rolls!
Ingredients:
1/2 cup & 1/2 Tbsp Honeyville Buttermilk Powder + 3 cups Hot Water
1/4 cup Butter, melted
1/3 cup Sugar
3 tsp Salt
4 Eggs
1/4 cup SAF Yeast
5-8 cups Honeyville Alta Artisan Flour
Cinnamon Filling:
1/2 cup Sugar
2 Tbsp Chef Tess Wise Woman of the East Spice
Vanilla Glaze Topping:
1 1/2 cups Powdered Sugar
1/4 cup Butter, softened
1 tsp Vanilla
4 Tbsp Milk
Directions:
First, make your dough.
In your BOSCH Universal Mixer, add the following ingredients in this order: Buttermilk, butter, sugar, salt, eggs, 4 cups flour, and yeast. Turn mixer to #2 setting and as ingredients are mixing, add remaining flour 1 cup at a time until dough pulls away from the sides of the bowl. Knead in machine for 3-4 minutes. 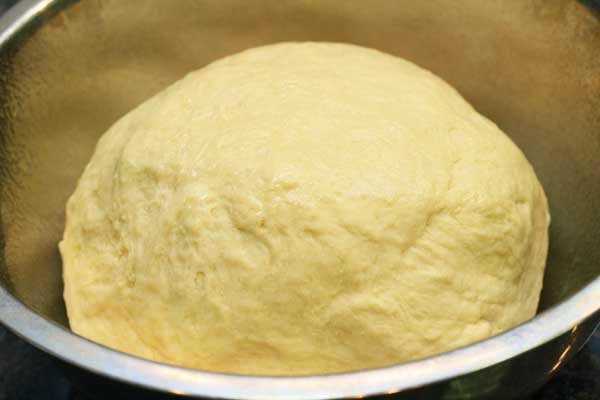 Remove and place dough in a greased bowl and cover. 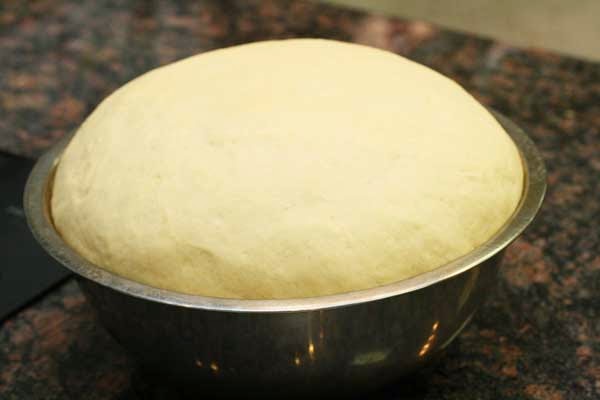 Allow to rise for 30-40 minutes, or until dough is double in size. 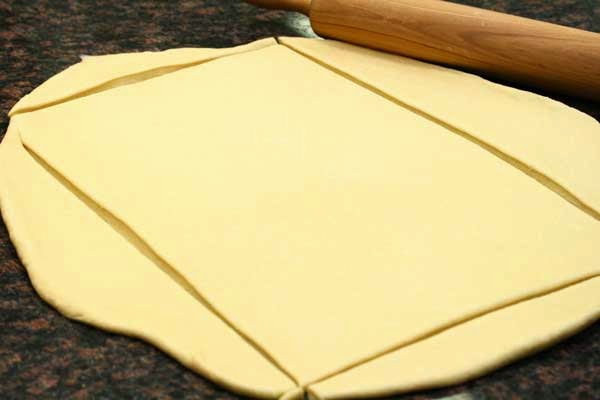 Punch down and roll out on counter. For ease, slice sides of dough so you have a rectangle shape. 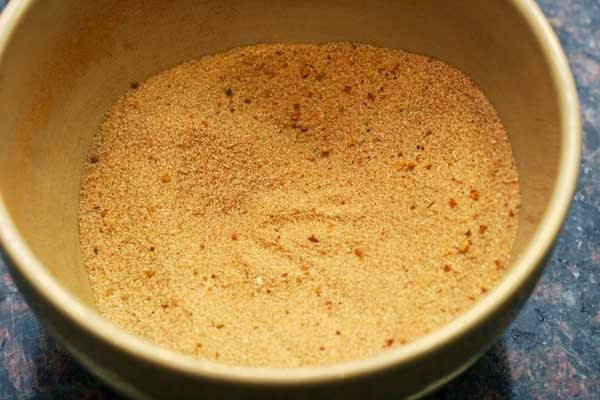 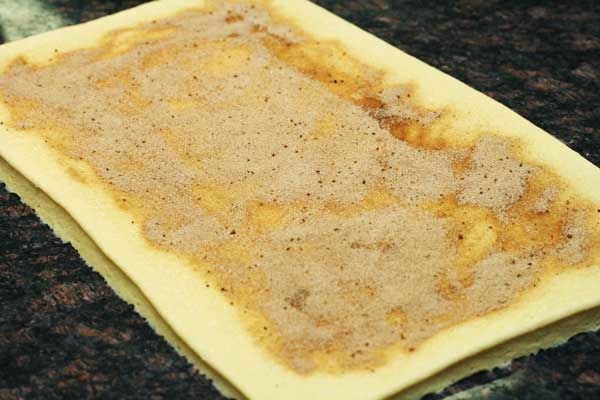 Brush top of dough with melted butter, then sprinkle filling on top. 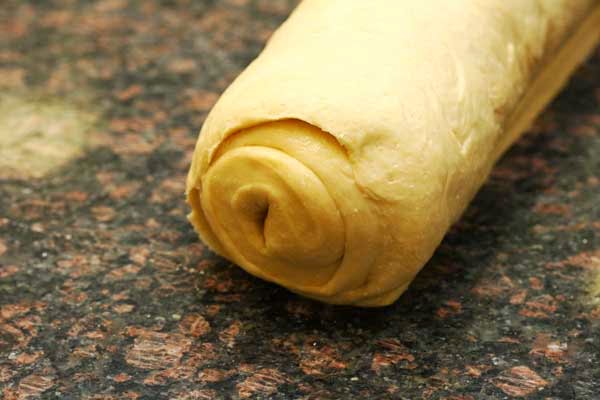 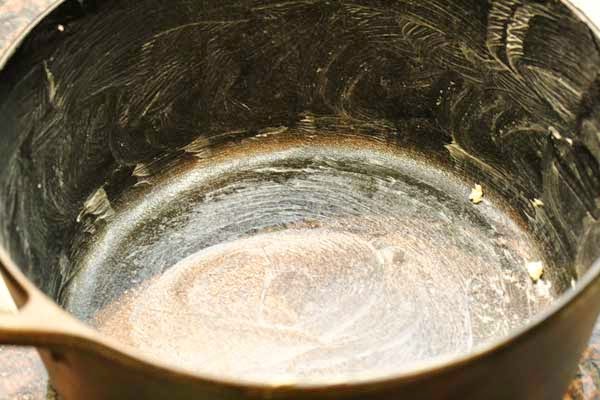 Once dough is rolled up, prepare your dutch oven by coating the bottom and sides with butter. 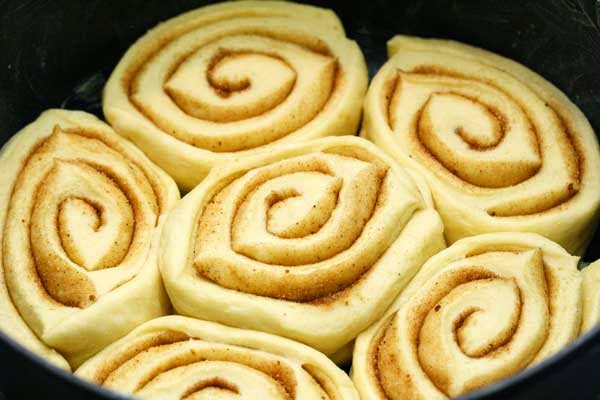 Slice off rolls from rolled up dough and place in the Dutch Oven. This recipe will make 14-18 cinnamon rolls, but depending on the size of your dutch oven, you may not be able to fit them all in the cast iron. We used an 8″ Dutch oven and were only able to squeeze 6 rolls in. 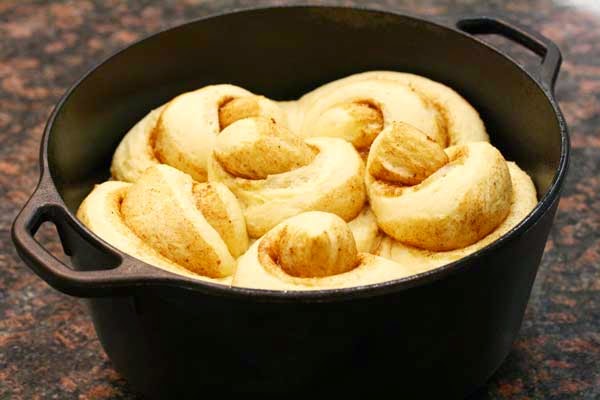 Place lid on top of dutch oven and either place in regular oven or over coals, depending on cooking choice. Either way, at 350 degrees, these cinnamon rolls should only take 20-30 minutes to bake completely. 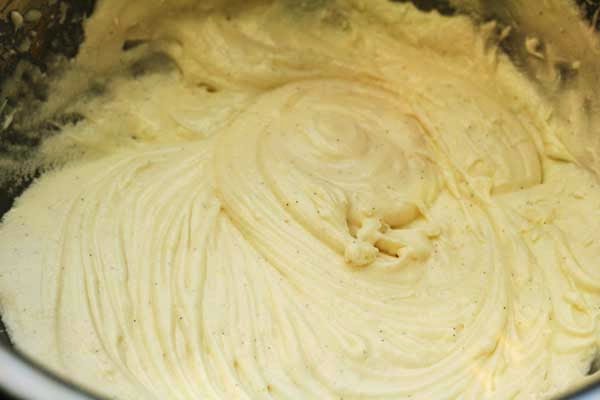 While baking, make your glaze by combining all ingredients and whisking together with an electric hand mixer. 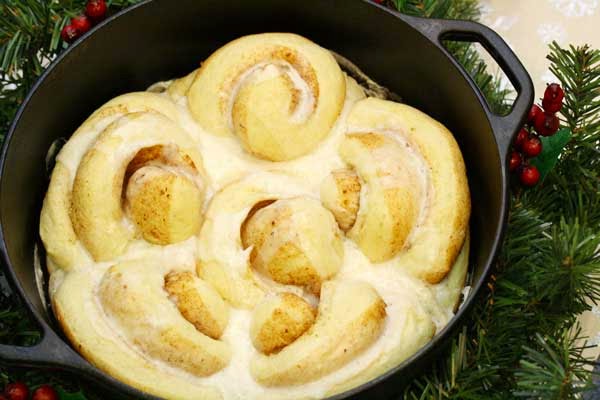 Drizzle glaze over top and serve. These cinnamon rolls are exactly what you want to wake up to this Christmas morning! The rolls themselves bake up warm, fluffy, and delicious, and the amazing glaze give them the perfect amount of sweetness! Baked in the Dutch Oven these rolls have that delicious country taste that you simply can’t beat! 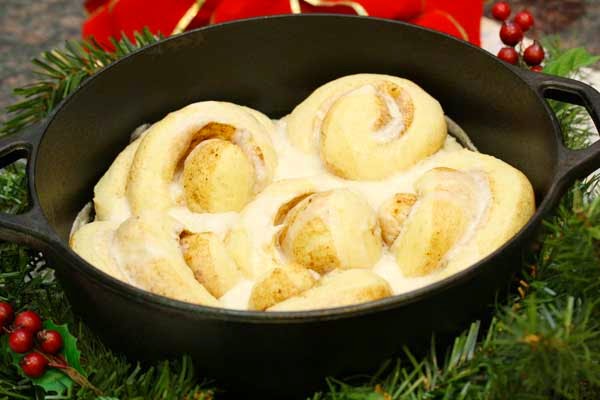 Yes, the Holidays just aren’t completely without cinnamon rolls, so get your country side on and bake some up in your favorite Dutch Oven. 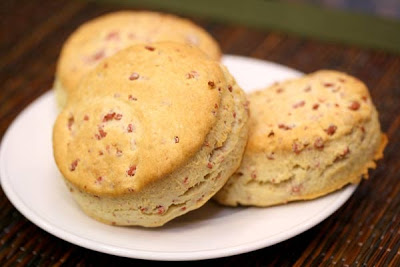 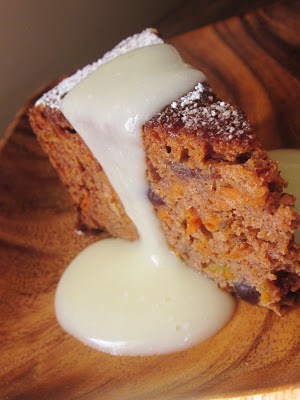 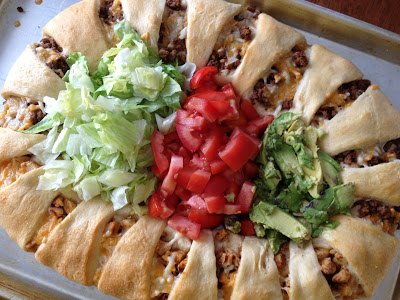 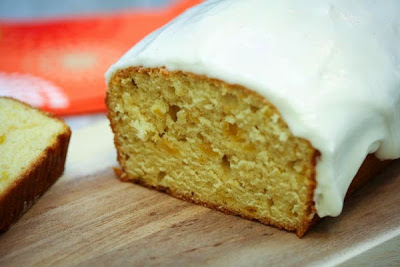